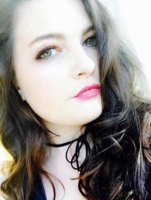 Brenna Jacqueline O'Brian 25, died unexpectedly on August 26, 2021. Brenna was the victim of fentanyl poisoning and was pronounced dead on the scene. She was born on September 14, 1995, in Elmira, New York, to Kevin O'Brian and Jennifer Roberts-O'Brian. Brenna attended Notre Dame High School, ultimately graduating from the last Southside High School Class in 2013, with honors. Following her high school graduation, Brenna earned her degree from Emerson College in Journalism in 2017. It was at Emerson that Brenna became a sister of Alpha Epsilon Phi, the same sorority as her role model Ruth Bader Ginsberg. It was also at Emerson that Brenna uncovered her love of cooking through her food reporting class and devoted an entire semester to the history and the making of Kimchi. This spurred Brenna to pursue her culinary degree at Johnson and Wales, post-Emerson. Brenna was driven to work in fine dinning applying to intern at the renowned Commander's Palace, where she remained until the height of the pandemic. Brenna returned home and took a position as a chef at The Quincy Exchange in Corning, New York; with plans to return to Commander's Palace. While at Commander's, Brenna studied under Meg Bickford, the first female executive chef in the restaurant's long New Orleans' history. Brenna was a strong activist and feminist. She was a literacy volunteer in her years in Boston and looked forward to serving marginalized populations through her career in the food industry. She was a rape survivor who openly advocated for victims of sexual abuse/assault. During the race riots Brenna approached her then head chef regarding how she could serve in ensuring Black cooks had a path to sous and head chef alongside their White counterparts. Brenna was a powerful vocalist having served as a cantor in her home parish of St. Mary's Southside, as well as studying at the Boston Conservatory. She truly was a friend to all, and an inspiration to many. Brenna was predeceased by her paternal grandparents, Darrell and Gertrude O'Brian; and her maternal grandfather, William F. Roberts, Jr. In addition to her parents, Brenna is survived by siblings Seamus O'Brian (Sammantha Hamilton) and Isabel O'Brian (Kai Bradford), as well as, her maternal grandmother, Jacqueline Middaugh and husband, Brian Middaugh. Also surviving; her Aunt Christine Duvall with husband, John Duvall (Abby, Maddy & Liam), her Uncle Mark Roberts (Elijah & Britt, Joesph & Amy, Rachael & Matt, and Ian & McKenzie), her Aunt Erin Carpenter with husband Scott Carpenter (Jodi & Mike, Josh, Kyle & Nikki, Erica & Eddie, Sam & Mia), her Uncle Michael with wife Katie Sterling, and ex-wife Kerry Roberts (Alaina, Brendan, Payton & Avery), her Aunt Bernadette with husband Dustin Sramek (Sophie & Declan), her Uncle Marcus with partner Kristen Mack (Andrew & Angulia), her Uncle Terrence O'Brian with wife Marla (Tyler), and her Aunt Lynn with husband Ted Dates and ex-husband Derek O'Brian (Abby & Tommy), along with her cherished God-daughter Ava Lynae Roberts and her Mexican sister, Raquel Escabosa. Along with countless friends and supporters. Family and friends are invited to visit the Walter Kent Funeral Home, 858 Lake St. at Washington Ave. in Elmira, NY 14901, on Wednesday, September 1st 2021 from 1-3pm and 6-8pm. Brenna's Mass of Christian Burial will be held on Thursday, September 2nd 2021 at 11am at St. Mary's Roman Catholic Church, 224 Franklin St, Elmira, NY 14904. Rev. Richard Farrell, Celebrant. A ceremony will follow in St. Peter & Paul's Cemetery in Elmira. In lieu of flowers, those wishing may remember Brenna through donations to the Rape Crisis of the Southern Tier, 755 E. Church St., Elmira, NY 14901