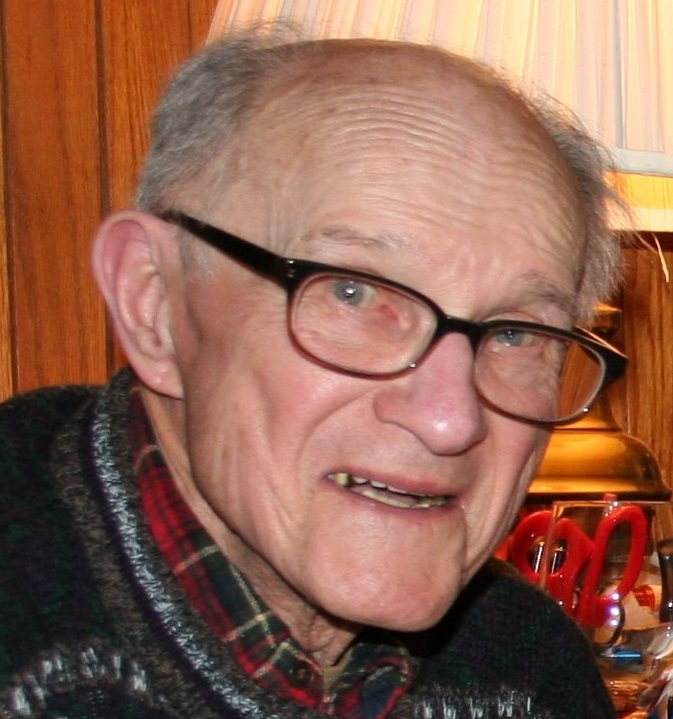 ORVEK, James Edward Age 94 of Elmira, N.Y. passed away on October 2, 2020. He was born on February 11, 1926 in Galeton, PA to the late Anna (Kmecz) Orvek and the late John [Oravec] Orvek. James is survived by sons Kevin of Elmira NY, Steven (Janine) of Webster NY, Michael (Michaelle) of Walworth NY, daughter Kimberly Waite of Elmira Heights, NY, grandchildren Virginia and Maura Anderson, Rebecca Koc and Rita Harstad, Jordan, Jeffrey and Jared Orvek, grandpuppy Taz, eight great-grandchildren, as well as numerous nieces and nephews. In addition to his parents he is predeceased by his wife of 66 years Dorothy (Felix) Orvek, his sister Anne Slaven and brothers John Orvek, William Orvek, Albert Orvek, and Michael Orvek. James served in WWII in the US Army Transportation Corps as a Private First Class, serving as a Medic at sea aboard hospital ships ferrying wounded from the European arena back to the US from March 1945 to March 1946. He later worked at the A&P plant in Horseheads, the Elmira Psychiatric Center, as well as his main life-long career as a barber. James was a member of the Parish of the Most Holy Name of Jesus in Elmira. One of his favorite passions was eating, and remembering in detail long ago meals. His hobbies included camping, fishing, and refinishing wooden furniture, and he did a lot of traveling around the country with Dorothy. Family and friends are invited to his Mass of Christian Burial on Wednesday, October 21st at 10 am in St. Patrick's Church, 604 Park Pl., Elmira. Committal prayers and interment will follow in Woodlawn Cemetery. In lieu of flowers, those wishing may remember James through donations to the Food Bank of the Southern Tier, 388 Upper Oakwood Ave., Elmira, NY 14903
Wednesday
21
October

Services To Be Announced

Services will be announced upon their completion.

Share Your Memory of
James
Upload Your Memory View All Memories
Be the first to upload a memory!
Share A Memory
Send Flowers