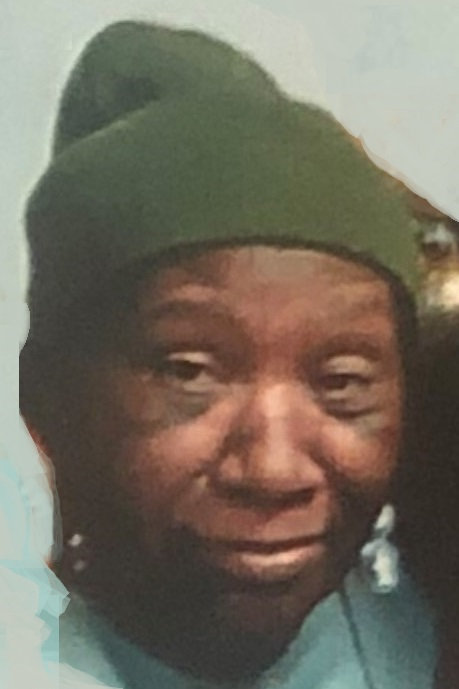 McHENRY, Pearlie Mae We are here to mourn Mother of Shabach Tabernacle, Evangelist Pearlie Mae McHenry, born August 11, 1950 to Fannie Mae Taylor and Artice Patton of Fort Deposit, AL A single mother of 6 gifted children; Bunny McHenry with children Nicholas, Marcus & Kevin, Robert A. McHenry with children Monique, Alexandria & Robert III, Willie McHenry with son Jeffrey Nelson, Retrenia Davidson with children Courdasha, Coureanna Ashanique Davidson, Minister Anthony McHenry with children Akhia and Exavier McHenry, Khalil Warren, Charles McHenry with children Cienna J. & Caydence J. McHenry; 1 living brother Robert Lee Taylor of Ft. Deposit, AL; 2 brothers deceased Artis Poole and Uncle Jr.; 3 living sisters Louise (Otis) Murrelle of Atlanta, GA, Rosie (Earl) Carter of Ft. Deposit, AL and Margie (Charlie) Harrison of Calhoun, GA; deceased sister Sara F. McMeans; beloved nieces Brenda (Harvey) Phiffer of Ft. Deposit, AL and Frances Crenshaw who shares her passion for sewing; best friend recently deceased, Annie J. Davidson of Ft. Deposit, AL. She worked tirelessly at Fortex Manufacturing Co. fulfilling her love of sewing or making things come together. No wonder she answered God's call to Ministry at a time when women were not accepted in the pulpit. She was constantly being swayed to give up or shut up, but the calling was so strong in her life. I recall her first sermon "Awake the World". She vehemently stressed that God called her with one of his own feeble creatures, a bird. She began her ministry in the 1970's and stood still and heard the voice of the Lord saying "move" and she moved. He replied to her "do not look back" and she didn't. Praising God because she remembered His promises which are yes and amen. Her memorial service will be held on Saturday, January 2nd at 12 noon in Shabach Tabernacle, 1133 Lake St., Elmira.
Saturday
2
January

Share Your Memory of
Pearlie
Upload Your Memory View All Memories
Be the first to upload a memory!
Share A Memory
Send Flowers