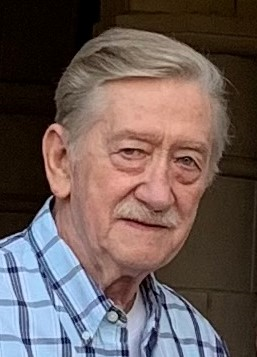 Theadore "Ted" Podgorny, age 82, of Elmira, NY, passed away peacefully at home on October 24, 2021 after a short, yet very courageous battle with cancer. Ted was born on April 13, 1939 in Waterloo, NY to the late Stanley M. Podgorny and Mary E. (Trickler) Huff. He grew up with his brother and two sisters in Waterloo and was a 1957 graduate of Waterloo High School. He served his country in the US Army from 1961 to 1965 and later joined the US Postal Service in 1970. Ted was a proud letter carrier for the Elmira area for 37 years and was awarded for clocking more than 2 million miles on the job without an accident. He enjoyed the people he served on his route and his infectious personality made him a bright spot in their day as well. In his free time, Ted enjoyed hunting, fishing, watching sports and spending time with his children. He adored his mother and dearly loved his entire family. Ted is survived by his sister Catherine (James) Milella of Seneca Falls; sons Christopher Podgorny of Auburn, David Podgorny of Fairport, and Matthew and Cameron Podgorny of Elmira; his daughters Mary Beth Dinsmore of Waterloo and Julie Schreiber of Elmira; grandchildren Schyler Delamarter, Sarah Blackburn, Kathryn (Daniel) Brand, Charmion Dinsmore, Jacob Schreiber, Jared Schreiber, Emma (Chris) Clark, Halle Schreiber, Hannah Podgorny and Madison Podgorny; great grandchildren Mason Blackburn and Benjamin Podgorny; and many nieces and nephews. He was predeceased by his parents, his brother C. Fred Trickler and his sister and brother in law Mary Lou and Jack Van Tassel. Family and friends are invited to visit Walter J. Kent Funeral Home, 858 Lake St. at Washington Ave., Elmira on Friday, October 29th from 11am to 1pm. Interment will take place in Fitzsimmons Cemetery at the convenience of the family.
Friday
29
October

Share Your Memory of
Theadore
Upload Your Memory View All Memories
Be the first to upload a memory!
Share A Memory
Send Flowers
Plant a Tree