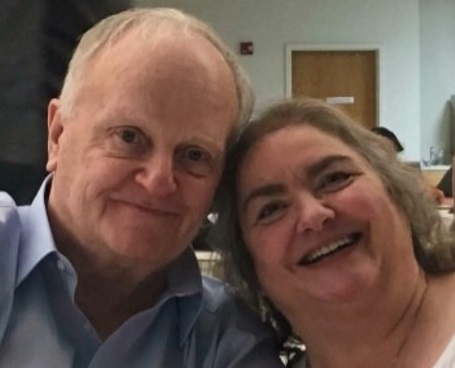 Obituary of Robert A. Erhard

Robert A. Erhard June 06, 1949 – October 26, 2021 October 26, 2021, Bob went home to be with Jesus, leaving behind his loving family. Robert A. Erhard was born June 6th, 1949, in Clearfield Pennsylvania which was his hometown for many years. Robert joined the navy in 1967 and served in the Vietnam war. Throughout his time away from home he sent many love letters to Sandy Garito and even proposed over the phone with a gumdrop ring. On Roberts way home from the war, he bought a blue cut diamond ring in Hawaii to officially propose to Sandy Garito. On October 25, 1969, Robert and Sandy got married and had a beautiful wedding filled with love and laughs. Their marriage was not perfect in other eyes, but their love and compassion toward each other shined through all of their accomplishments. Their biggest accomplishments during their marriage were their children, Joe & Amy (wife) Erhard, Bob & Melissa (wife) Erhard, Chris & (Delia) Erhard, and Michelle & (Dan) Dunham. Robert took so much pride and joy in his children. He always catered to them and made sure they knew how special they were to him. Robert and Sandy have many grandchildren who are Brent Erhard, Alicia Erhard, Alexis Erhard, Andrew Walrath, and his fiancée Quayoniah Stamps, Jacob Erhard, Tristan Erhard, Chase Schermerhorn, Kassi Dunham and her fiancé DJ Westbrook and Alyvia Dunham. Robert is also survived by his greatgrandchildren; A'Mirah Walrath, A'Miyah Walrath, Brooklynn Westbrook and Everleigh Westbrook. Robert had much family and his favorite time of year was the holidays when everyone came around and he got to see them. Robert's face would light up just getting hugs from his family members and dancing with his granddaughters. Before Roberts passing, he had his 52nd anniversary with his wife Sandy that he spent with her in the hospital. Even though Robert was sick, and in the hospital, he was still worried about getting his wife flowers and a card. The best characteristic Robert has is his love, loyalty, selflessness, PITA and compassion for his family. Robert's family completed him and Robert completed his family. He will be dearly missed and loved forever, but the memories of the family's time spent with him will always be cherished and remembered. Robert's Memorial Service will be held at the VFW, 113 Keefe Street Elmira, NYon Tuesday, November 2nd, 2021 at 1 pm. Friends, Family and supportive loved ones are welcome
Tuesday
2
November

Share Your Memory of
Robert
Upload Your Memory View All Memories
Be the first to upload a memory!
Share A Memory
Send Flowers
Plant a Tree