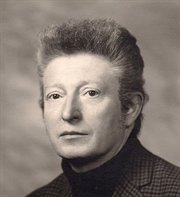 D'ONOFRIO, Anthony J. (Tony Dee) Age 88 of Elmira, NY. He was born January 28, 1924 in Elmira son of the late Pasquale and Archangelina (Muccigrosso) D'Onofrio and passed away Sunday, December 16, 2012 at St. Joseph's Hospital surrounded by his loving family. He is survived by his sons and daughters-in-law Dr. Dino and Karen D'Onofrio of Webster, NY, Donato (Dan) and Sharon D'Onofrio of Old Hickory, TN; grandchildren Alicia Trimble of Murfreesboro, TN, Dr. Joanne Smith of Memphis, TN, Joseph D'Onofrio of Old Hickory, TN and Kristen D'Onofrio of Webster, NY; great grandchildren Aia and Lillian Vy Trimble of Murfreesboro, TN; brother and sister-in-law Daniel and Joan Donofrio; sisters Theresa Diliberto and Rosalie Losito all of Elmira along with several nieces and nephews. Anthony retired from Hardinge, Inc. He was a veteran of WWII serving in the U.S. Army, receiving the Purple Heart for wounds sustained in France. He had a fond love of music and demonstrated an ability to play any instrument. As an accomplished musician, during the 40's and early 50's, he toured nationally with several Big Bands as a drummer. Afterwards, he remained very active in the local music scene. Family and friends are invited to visit Walter J. Kent Funeral Home, 858 Lake St. at Washington Ave., Elmira on Thursday, December 20th from 9 to 10 am. Prayers will be offered there at 10 am, followed by his Mass of Christian Burial at 10:30 in St. Mary's Church. Rev. John DeSocio, Celebrant. Committal prayers and interment, with military honors, will follow in St. Peter &amp; Paul's Cemetery. In lieu of flowers, those wishing may remember Anthony through donations to the Community Living Center at the Bath VA where he resided for the past 6 years. Please make checks payable to Bath VA, 76 Veterans Ave., Bath, NY 14810. His family wishes to thank the doctors, nurses and staff for the wonderful care they provided him during his stay. Anthony will be greatly missed but never forgotten.
Print
Thursday
20
December