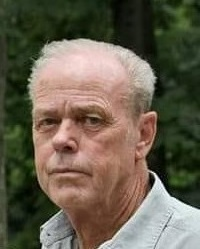 Curtis Wayne Bush, Sr. Age 73 of Millport, NY. He was born May 11, 1947 in Elmira, NY, son of the late Curtis E. and Hazel (Coyle) Bush and passed away Tuesday, June 2, 2020 at the Arnot Ogden Medical Center. Wayne is survived by his son Curtis Bush, Jr. (Geri Stutzman of Millport; daughter Felicia Maxwell; 9 stepchildren; many grandchildren and great grandchildren; significant other Patricia Reed of Millport; brothers Bruce Bush of Elmira and Danny Bush of Millport. Wayne was retired. He enjoyed fishing, racing and the occasional football game.
Services for Curtis Bush
There are no events scheduled. You can still show your support by planting a tree in memory of Curtis Bush.
Visit the Tribute Store

Share Your Memory of
Curtis
Upload Your Memory View All Memories
Be the first to upload a memory!
Share A Memory
Plant a Tree