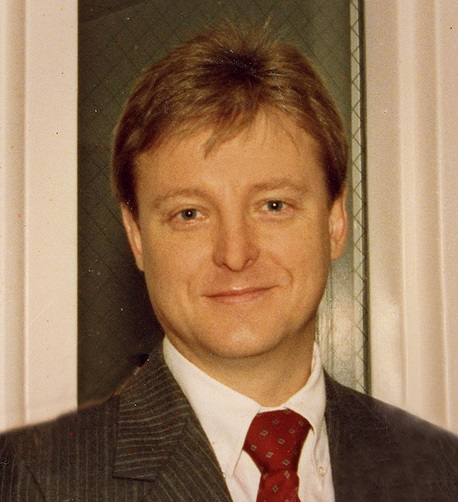 Frank E. Szymkiewicz of Corning, NY passed away peacefully at home surrounded by family, on January 25, 2020 at the age of 70, after a courageous battle with cancer. Born in Corning, NY on March 9, 1950 the son of Edward and Helen (Swiderski) Szymkiewicz, he graduated from Horseheads High School in 1968, and was an alumnus of Clemson University School of Architecture. His career path led him many places, constantly seeking new challenges, he excelled at everything from sales and marketing, graphic design, fine art, abstract art and many areas in between. Frank had a zest for knowledge. He had many diverse passions and collections; an endless array of music, and was a Pink Floyd enthusiast. He loved TCM channel movies, and could name nearly every actor or actress in the movie, and where and when they appeared in other movies and TV shows, Frank had an amazing memory and attention to detail. He was a classic car buff, and could easily identify the make and model of any vehicle, on TV or passing by on the road. Frank had a passion for anything related to art, architecture and design and continued to sketch up until his passing. He excelled at landscaping, everyone was in awe of the many azaleas and rhododendron bushes he tended to each year. Frank actively followed his beloved Clemson Tigers football team up until this latest season, hoping for one more national championship. Frank loved to cook and could whip up a gourmet meal by creating the recipe in his head. He loved the food, music and culture of New Orleans, visiting annual for nearly 30 years. He perfected many of the regions dishes, from gumbo to jambalaya, and made it a tradition, as it is in New Orleans, to cook red beans and rice from scratch every Monday. Frank is survived by his wife, Maureen Monroe and sister and brother-in-law Denise A. and John Sullivan of Elmira, along with many extended family members, dear friends and the latest of many rescue cats and dogs over the years, their Russell Terrier "Scout" who stayed by his side throughout. A celebration of life will be announced at a later date. Thank you to the staff and volunteers of CareFirst hospice for their care and compassion during this difficult time. In lieu of flowers, memorial donations can be made in Frank¹s name to your favorite animal rescue organization, Jacks Galore Russell Rescue, CareFirst, or the Pancreatic Cancer Foundation.

A celebration of life will be announced at a later date.

Share Your Memory of
Francis
Upload Your Memory View All Memories
Be the first to upload a memory!
Share A Memory
Plant a Tree