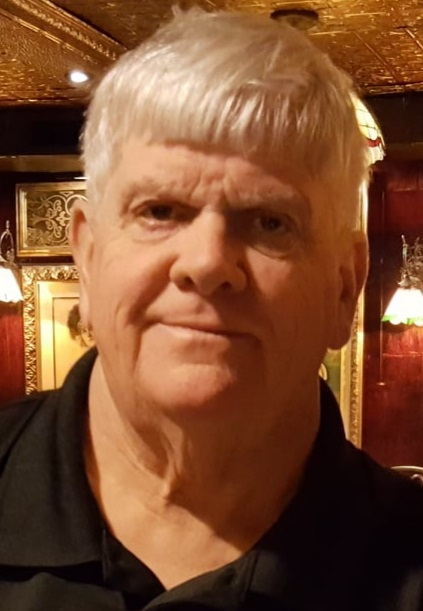 Ayers, David T. Age 71 of Elmira, NY. He was born February 8, 1950 in Syracuse, NY, the son of the late James William and Theresa Mary (Wilson) Ayers and passed away peacefully on Friday, April 23rd 2021, surrounded by his family and loved ones at Arnot Ogden Medical Center. In addition to his parents David was predeceased by his sister JoAnn Bastian; and brother Bruce Ayers. He is survived by Loving wife of 45 years Mary Ann (Boscaino); son and daughter in law David T. and Diana Ayers Jr.; grandchildren Kevin and Kayleigh Ayers; step grandchildren John, Shawna, and Samantha Sepelak; brothers James (Jane) and Chris Ayers; sisters-in-law Joanne (Floyd) Bennett and Debbie Ayers; along with several nieces, nephews, cousins, and many dear friends. David was born and raised in Erieville, NY. He graduated from Cazenovia High School and served in the U.S. Air Force as a medic from 1968-1972, gaining the rank of Staff Sergeant. After his discharge from military service David worked for Eastern Ambulance, in Syracuse, NY, from 1972-1978; he then spent 30 years working for the NYS Dept. of Corrections as an Officer at the Elmira Correctional Facility. While David was working for the DOC, he was a member of the Correctional Emergency Response Team (CERT), and he retired in 2009. He was a communicant of St. Anthony's Church and later the renamed Most Holy Name of Jesus Parish in Elmira. He also belonged to the Elmira Heights American Legion Post 154. Family and friends are invited to David's Memorial Mass of Christian Burial, to be held on Thursday, April 29th 2021 at 11:30am at Ss. Peter & Paul Roman Catholic Church, 556 St. Joseph's Blvd, in Elmira. Rev. Scott Kubinski officiating. Private committal and interment will be held later on in Woodlawn National Cemetery, Elmira. Those wishing may make donations in David's name to the Vietnam Veterans of America, Chapter #803, 1200 Davis St., Elmira, NY 14901. Walter J. Kent Funeral Home is assisting the family.
Thursday
29
April

Share Your Memory of
David
Upload Your Memory View All Memories
Be the first to upload a memory!
Share A Memory
Send Flowers
Plant a Tree