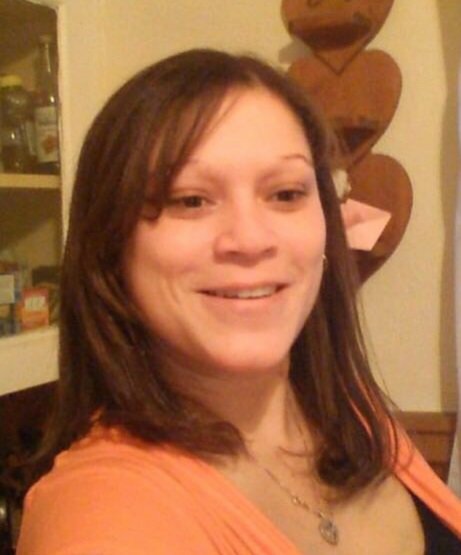 In loving memory of Valicia Sarah Driscoll (Harriel) of Pelham, Alabama. Valicia was born to parents Joan Laughlin (Shea) and Robert H Harriel III in Elmira, NY on October 5, 1977 and called home on August 4, 2021. Valicia worked in the healthcare field and spent her life taking care of others. Her main passion in life was for her children and grandchildren. She enjoyed word search puzzles, bingo and spending time swimming with the grandbabies. Valicia never missed an opportunity to spend time with family. She could be described as vibrant, funny and fiercely loyal to those she loved. Valicia is predeceased by her brother and best friend Joseph Shea and her father Robert H Harriel III. Valicia is survived by her mother Joan Laughlin, brothers Patrick Shea (Michelle), Robert H Harriel IV, Reece Harriel, sister Candice Harriel DeMott (Matthew), daughters Alyssa Harriel and Aaliyah Driscoll, son Wayne Driscoll III, grandchildren Kaiden, Neveah and Azaria as well as a host of nieces, nephews, extended family and friends. Valicia was an irreplaceable mother, grandmother, sister, daughter, auntie and friend. Goodbyes are not forever Goodbyes are not the end They simply mean I’ll miss you Until we meet again There will be a going home celebration for Valicia on Sunday August 15, 2021 at 1pm at 2557 Chandalar Lane, Pelham, AL 35124. There will also be a going home celebration on September 3rd from 6pm to 8pm at Reddington Funeral Home 3855 Seneca St, West Seneca 14224.
Print
Sunday
15
August