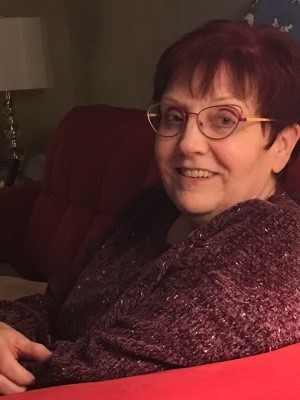 Carol J. Allard Age 69 of Elmira, NY. Carol was born October 3, 1951 in Elmira, daughter of the late Park Swan and Gertrude Plate and passed away Tuesday, September 7, 2021 at Bampa's House in Corning. In addition to her parents, she was predeceased by her aunt Florence Plate. She is survived by her daughter Nicole Terpolilli; grandsons Aronde Terpolilli and Cayden Collier all of Elmira Heights; sisters Vicki McCarthy of Sayre and Tina Sine of GA; brother Steve Lewis of Waverly. Carol was employed for 23 years with the Elmira Psychiatric Center. In August of 2009 Carol became the CSEA Union President until her retirement in October 2013. After retiring from the Psych Center, she then spent many years volunteering at the Arnot Ogden Medical Center. After volunteering for so many years, Carol then became employed with the Arnot in 2020. She was also a longtime Elmira Kiwanis Club member and served as President from 2007-2008. She loved to attend concerts, races, festivals and wine tastings. She was an avid cat lover with her current pets Oliver and Onyx. Family and friends are invited to visit Walter J. Kent Funeral Home, 858 Lake St. at Washington Ave., Elmira on Tuesday, September 21, 2021 from 4 to 6 pm. Her memorial service will follow at 6 pm. Rev. Richard Farrell will officiate. In lieu of flowers, those wishing may remember Carol through donations to Bampa's House, 179 E. First St., Corning, NY 14830.
Tuesday
21
September

Share Your Memory of
Carol
Upload Your Memory View All Memories
Be the first to upload a memory!
Share A Memory
Send Flowers