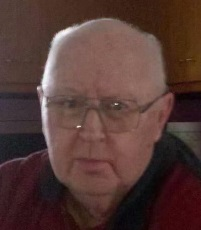 Terry M. Sheridan Age 80 of Horseheads, formerly of Elmira, NY. He was born March 13, 1942 in Ithaca, NY, son of the late John F. and Esther (Bower) Sheridan and passed away Wednesday, April 13, 2022. In addition to his parents, he was predeceased by his wife JoAnne (March 18, 2022) and daughter Beth Sheridan. Terry is survived by his children and their spouses Mike & Sasha Sheridan of Lock Haven, PA, Colleen & Robyn Boatright of Durham, NC and John & Ruth Sheridan of Tampa, FL along with several grandchildren and great grandchildren. Terry retired as an LPN from St. Joseph's Hospital and was a veteran of the U.S. Air Force.

Share Your Memory of
Terry
Upload Your Memory View All Memories
Be the first to upload a memory!
Share A Memory
Plant a Tree