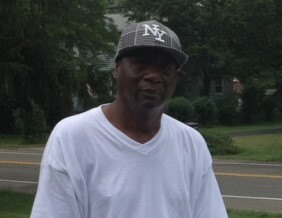 James "Bub" Kitchings, age 69, of Elmira, New York, was called home suddenly on Thursday, July 7, 2022. James was born on August 30, 1952 to the late Eartha Lee (Perry) and James Cleveland Kitchings Sr.; his special aunt Ms. Felix also played a special role in his up bringing. "Bub" had worked for Corning Glass Co. for over 15 yrs. Bub was such a light in this sometimes-dark world and he will be truly missed by all who were lucky enough to have known him. During his time with us, he made it a point to always help anyone with whatever he could, never second-guessing his decisions. Anyone who knows Bub knows family especially his grandkids meant everything to him, and in his eyes, each of you reading this were family to him in some sense or else you wouldn't be here! His love of life was evident in the way he lived. Even if it was just sitting at Ramsey's enjoying a cold beer turned into a fun time with family and friends! Bub was a true lover of life! From his love of landscaping to his fly style in clothes to his love for his music and cars. Yes, Bub was an all-around good guy! He was definitely one of a kind. Bub will never be forgotten but forever remembered and missed by all who were fortunate enough to know him. Bub is predeceased by his mother and father the late Eartha Lee and James; his special aunt Ms. Felix; his only son Calvin James Kitchings. Bub leaves to cherish his memory his former wife; Kathleen Kitchings, Corning, NY; his two daughters; Latonya Kitchings, Horseheads, NY; Jaime Kinner, Elmira, NY ; three sisters Loretta Kitchings, Elmira, NY; Lorraine Kitchings, Massachusetts, Shirley Kambeitz (Shawn) Elmira, NY ; two brothers Louis Kitchings Sr. (Patty) Elmira, NY; Howard Millhouse (Tina) of Orlando, Florida; 3 grandsons Deontae Kitchings, Decaree Kitchings and Kahlil Scarborough all of, Horseheads, NY; along with a host of nieces and nephews and close friends. The family of James Bub Kitchings wish to thank everyone for the calls, texts and any expression of support in their time of bereavement all is greatly appreciated. Family and friends are invited to attend Graveside Services for Bub on Friday, July 22, 2022 at 11:00 am in the Woodlawn Cemetery 1200 Walnut Street Elmira, NY. There will be a small gathering after service for family and close friends at Latonya's home.
Friday
22
July

Share Your Memory of
James
Upload Your Memory View All Memories
Be the first to upload a memory!
Share A Memory
Send Flowers
Plant a Tree