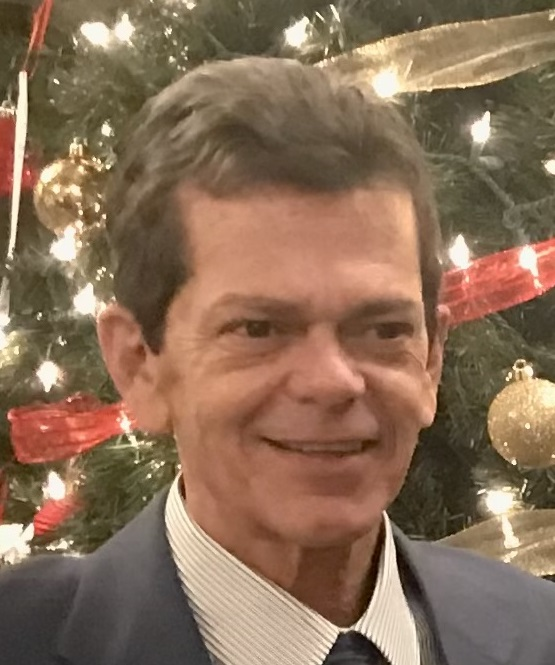 (1961 – 2022) James Carleton Marr James Carleton Marr, age 61, died at his residence on October 18, 2022, in Elmira, NY. Born on August 26, 1961, Jim was raised by adopted parents Howard G. and Margelia V. Marr, from Unadilla, NY. During Jim's school days, he spoke of summers fishing, camping & playing Little League Baseball, with his good buddies in Unadilla. Jim enjoyed band, marching band, and was an excellent drummer. Jim was also very athletic, and involved in various sports such as tennis, racquetball, golfing, bowling and football. His favorite team was always the Cowboys. He graduated from Unatego High School in 1979, and then attended Herkimer Community College. After college, Jim opened his own gym and health spa called Apollus Health Spa, in Sidney, NY. Later in life, Jim went on to work for The Federal Government, Department of Corrections, in Colorado. He was very proud of this position, and traveled a lot. He also spent much time in Pennsylvania, where he met friends that supported him, and he found work building an Agriculture building supply business. While in Germany, and then back in the states, Jim suffered 2 major motor vehicle accidents, that would sadly leave him disabled. Multiple surgeries left Jim unable to hold a full-time job. It was extremely frustrating for Jim not to do the things he enjoyed, especially riding his mountain bike. During this time, Jim reconnected with his good buddy "Eddie" as Jim referred to Dr. Edwin (Bonnie) Acosta, for some medical advice. As things progressed , Jim moved out to Elmira, near Ed and Bonnie, where they would help settle him, get him an apartment, see to his care, and secure necessary doctors to care for Jim's multiple health issues. Jim was a man, very strong in his faith, even early in his life, and loved to read The Bible. Even during his high school years, Jim was an active participant in The Fellowship of Christian Athletes. He would have many discussions about biblical scriptures, and enjoyed attending church services at His Tabernacle Family Church in Horseheads, NY, with Edwin and Bonnie, when he could walk and breathe with ease. Jim was a believer in Jesus, and we know he is in Heaven with his Lord, with no more severe back pain or constant breathing issues. Jim is survived by his close friends/family, Dr. Edwin & Bonnie Acosta, Edna Brooks and family, in Sidney, NY, many school friends, and former wife Darlene Elizabeth Sabo, from Pennsylvania. The interment of ashes service, will be held soon, back in Oneonta, NY at The Mount Calvary Cemetery. Jim will be buried with The Acosta Family plots, at the top of the beautiful, cemetery hill. It will be a public service to welcome anyone to come gather, and remember Jim's life. A date is currently being determined.

Share Your Memory of
James
Upload Your Memory View All Memories
Be the first to upload a memory!
Share A Memory
Plant a Tree