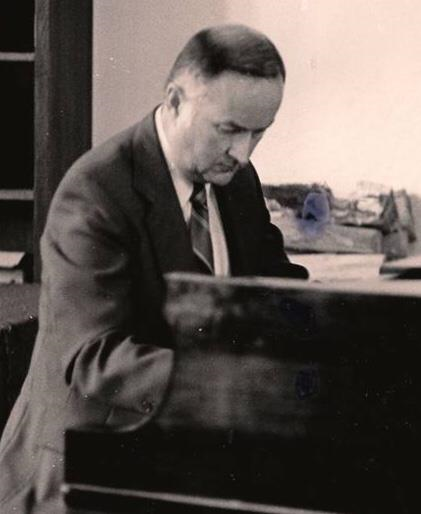 David Thomas Graves David Graves, Professor Emeritus of mathematics at Elmira College, died Monday, June 10, 2019 at St. Joseph's Skilled Nursing Facility in Elmira, NY. Dr. Graves was a native of Kansas City, Kansas, and after receiving B.A. and M.A. degrees from the University of Kansas, spent his entire teaching career in New York State. In addition to Elmira, he taught at Hamilton, Skidmore, Empire State, and Siena Colleges. At Hamilton he played French horn in the woodwind ensemble, which he also directed. Throughout his years teaching mathematics he was also active as a pianist. He earned a Ph.D. from the Union Institute with a dissertation on connections between mathematics and music. In retirement, David was able to spend more time on his life-long avocation, music, and participated in a chamber music camp, Summertrios, where he played (piano) in twenty different pieces for piano and strings and/or winds, and acquired music to be played in future years. David has also been interested in opera for some time and has put together a list of more than 110 opera performances he can remember (most of them documented in his diaries), through 2006. He continued to travel to New York City and elsewhere to attend live performances. He is survived by his brother Dean Wallace Graves of Tucson, AZ; his nieces Paula Graves of Tucson, AZ and Gina Graves Lloyd of Taos, NM and Tucson, AZ; great nephews and nieces: Jack Graves Adams, Kansas City, Lacy Amelia Adams, Phoenix, AZ and Paul William Lloyd, Portland, OR; and dear and dedicated friend, Cynthia Wallace of Westport, CT. Condolences can be made at www.walterjkent.com
Services for David Graves
There are no events scheduled. You can still show your support by planting a tree in memory of David Graves.
Visit the Tribute Store

Share Your Memory of
David
Upload Your Memory View All Memories
Be the first to upload a memory!
Share A Memory
Plant a Tree