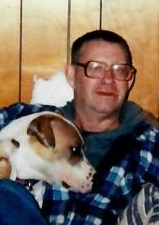 GARDNER, Wilbert J. Age 71 of Elmira, NY. He was born May 12, 1948 in Corning, NY, son of the late Walter and Luella (Warner) Gardner and passed away Friday, June 28, 2019. In addition to his parents, he was predeceased by his son Walter Gardner and a brother Weldon Gardner. He is survived by his daughters Letha Montanez of Elmira and Mary Lou Doghmi of Mullins, SC; son Terry Gardner of Elmira; grandchildren Daryl Gardner, Maria Gardner-Montanez, Damian Montanez, Jr, Javier Montanez, Marisoll Gardner-Montanez, Ziad & Adam Doghmi; great grandson Masiyah Montanez; brothers Frank & Andy Gardner; several nieces and nephews. He was a veteran of the U.S Army serving during Vietnam and was employed with the City of Elmira, DPW. He was laid to rest in Woodlawn National Cemetery with military honors.
Wednesday
3
July

Share Your Memory of
Wilbert
Upload Your Memory View All Memories
Be the first to upload a memory!
Share A Memory
Plant a Tree