Send Flowers
Print
Provide comfort for the family of George Deichman by sending flowers.
Show You Care By Sending Flowers
Guaranteed hand delivery by a local florist
Loading...
A
Angela Poskus posted a condolence
George was a good man and sensitive soul. He took pride in his house in Penfield and liked being at home. He was a great cook and made the best salmon and scallops. George loved music and movies, especially Porcupine Tree and Wes Anderson movies. He was passionate about politics. When he smiled or laughed out loud, it was the best. I miss him very much and am heartbroken to hear of his passing.
Please wait
Share Comment
M
Mike Bowman posted a condolence
I am very saddened by the news of George's passing. He was the first person in engineering at ENI (now MKS Instruments) that I was assigned to work with. Throughout the project he provided timely technical feedback that ultimately resulted in a successful wrap up of the operations. He spoke often of his days in the Navy. He is sorely missed. P.S. I uploaded a photo of a Navy warrant officer presenting petty officer second class George Deichman (right) with a commendation for exceptional service at sea for the repair of an electronic system that was critical to his ship's operations.
Please wait
Share Comment
M
Mike Bowman uploaded photo(s) 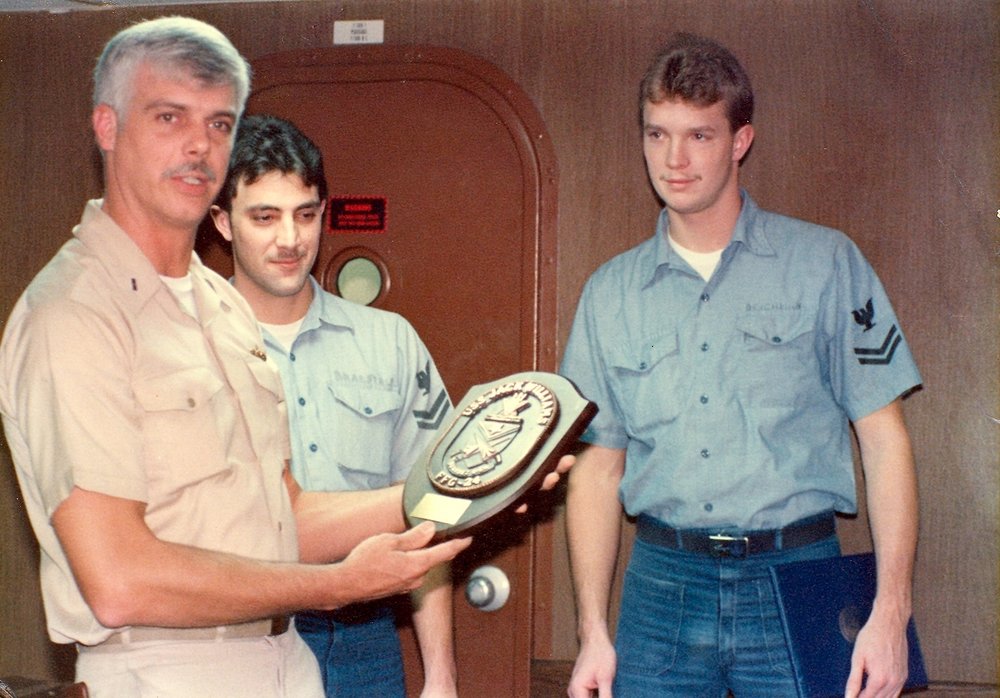 Share Your Memory of
George
Upload Your Memory View All Memories
Be the first to upload a memory!
Share A Memory
Send Flowers