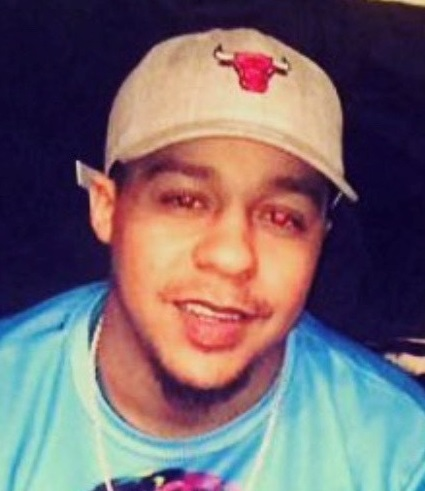 Arnez Divad Tomas Nater of Elmira, New York was carried away by angels on Monday, August 5, 2019. He was born on September 8, 1992 in Elmira, NY. He was the son of the late Jabar Curtis Jones of Chicago, Illinois and Chrisalyn Nater (Step Dad) Arthur L Williams III. He is predeceased by his maternal grandparents Tomas Nater and Marylin Decker and his nephew Ezra Williams. He leaves to mourn his loving children, Mariah Nater, Ahmariana Nater and Mae'anna Crouthamel. He is survived by his brothers and sisters Demetrius Molina, Margarita Molina, Arthur L Williams IV, Kelly Williams, Amerilynn Ferguson and her children Valentino and Lavayah Smith, Curtis Diante Quincey Jones, Gy'Anna Jones, Amorette Nater, Aliciana Jones and Caleb Jones. Aunt Jorgeana Navarro and cousins Sasha Navarro, Stacy Tuning-Heasley. Uncles Brian, Phillip Navarro and Nicholas Ortega. Along with several other cousins and other family members not to mention a host of friends. Arnez always had a smile on his face and a joke on his lips. He could befriend you within moments after meeting him. He was committed to his children and family, making sure they all felt his unconditional love. He loved to spend time with his children, play basketball and listen to music. Please join us in celebrating his life on Tuesday, August 13th at Monumental Baptist Church, 1009 Maple Ave., Elmira. Calling hours will be 10:00am-12pm followed by his memorial service 12-2pm. Committal prayers and interment will follow in Woodlawn Cemetery.
Tuesday
13
August

Share Your Memory of
Arnez
Upload Your Memory View All Memories
Be the first to upload a memory!
Share A Memory
Send Flowers