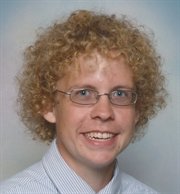 CARSTENS, William L. &quot;Willy&quot; Age 20 of Elmira Heights, NY. He was born July 20, 1992 in Elmira the son of William L. Carstens and Patti (Cramer) Carstens and passed away Sunday, September 9, 2012 very unexpectedly at home after a brief illness. He was predeceased by his paternal grandparents Reinhold and Mildred Carstens and uncle Michael Carstens. He is survived by his parents; maternal grandparents Evelyn Cramer of Elmira, Lowell and (Donna) Cramer of Lincoln, RI; aunts and uncles Donna Carstens of Columbus, OH, Paul Cramer of Wolcott, NY, Sally (Kenneth) Fegley of Lehighton, PA and Susan Cramer of Elmira along with several close cousins and many friends. Willy graduated from Thomas Edison High School in 2010 and Corning Community College in 2012 with a degree in Computer Science. A loyal Buffalo Bills fan, he was an avid bowler and tennis player and was employed at Legend's Bar &amp; Grill in Elmira Heights. Family and friends are invited to visit Walter J. Kent Funeral Home, 858 Lake St. at Washington Ave., Elmira on Thursday, September 13th from 2 to 4 and 7 to 9 pm. His funeral service will be held there on Friday, September 14th at 11 am. Committal prayers and interment will follow in Woodlawn Cemetery.
Services for William Carstens
There are no events scheduled. You can still show your support by planting a tree in memory of William Carstens.
Visit the Tribute Store
Print
Share A Memory
Plant a Tree