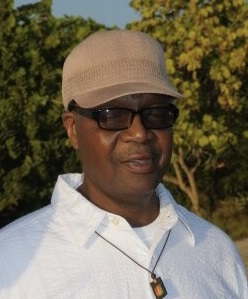 Butler, Gary Lee Sr. He was born December 25, 1944 in Harlem NY son of the late Edna L. Ashley-Butler and Isaac Butler and passed away peacefully in his Elmira, NY home on October 5, 2019 at the age of 74. In addition to his parents, he was predeceased by his sister Barbara Davis as well as his grandson Terrance Baity. Mr. Butler is survived by his loving wife of 42 years, Margaret A. Butler, daughter Ebony Grant (husband-Brad), son Anthony Mitchell (wife-Mildred), daughters Sylvia and Debbie Mitchell, daughter Katina Fairfax (husband-Douglas), son Gary L. Butler Jr., brother Edward Rose, nieces Sandra Guzman and Leslie Davis, nephews Gregory and Christopher Davis, 25 grandchildren and 25 great grandchildren. Mr. Butler was a decorated Marine who served from 1963-1969 and fought for his Country in the Vietnam War from 1963-1964. After serving his country he returned to NYC and worked as a banker. Mr. Butler then relocated his family to Williamsport, Pennsylvania where he set the precedent as becoming the very first African American Mail Carrier. Mr. Butler was a loyal New York Knicks, Mets and Giants fan. He was an avid reader and strong advocate for education for all of his family and friends. Mr. Butler was the smartest man that we've ever met and he will be greatly missed. Family and friends are invited to visit Faith Temple Community C.O.G.I.C., corner of Sullivan and Harper Sts., Elmira on Friday, October 11th from 10 am to 12 noon. His funeral service will begin at 12 noon. Committal prayers will follow in Woodlawn National Cemetery.
Friday
11
October

Share Your Memory of
Gary
Upload Your Memory View All Memories
Be the first to upload a memory!
Share A Memory
Send Flowers