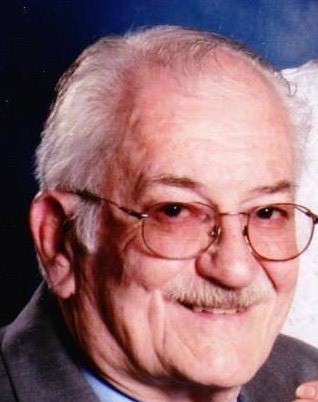 Obituary of Robert A. Oppenheim

OPPENHEIM, Robert A. Age 88 of Erin, NY. He was born August 18, 1931 in Bradford, PA, son of the late Joseph and Lola (Chappell) Oppenheim and passed away Sunday, December 29, 2019 at Corning Hospital surrounded by his loving family. In addition to his parents, he was predeceased by his sister Betty Jean Root and brother Richard Oppenheim. Bob is survived by his wife of 58 years, Bernita (Johnson) Oppenheim; children Joseph Oppenheim of Corning and Deborah (David) Gerlach of Jackson Center, PA; grandchildren Jillian (Raul) Zamora of Camarillo, CA, Valerie Oppenheim of Corning and Taylor Gerlach of Jackson Center, PA; sister Nancy (Gary) Shuart of Elmira; sister-in-law Bertha Oppenheim of Elmira along with several nieces and nephews. Bob was a member of the First United Methodist Church of Horseheads. He retired from Westinghouse Corp. after 36 years of service. Bob served on the Horseheads School District Board of Education; volunteered with Capabilities; was a volunteer credit counselor; a lifetime member of the Music Box Society; member of the Association of Theatre Organ Enthusiasts; was a collector and enthusiast of mechanical musical instruments; participated in the restoration of the theatre organ at the Clemens Center. He raised exotic birds, specifically peacocks. His happiest moments were those spent with his wife, children, grandchildren, family and friends. Family and friends are invited to visit Walter J. Kent Funeral Home, 858 Lake St. at Washington Ave., Elmira on Thursday, January 2nd from 11 am to 1 pm. His funeral service will begin at 1 pm. Rev. Rhonda Kouterick will officiate. Committal prayers and interment will follow in Rural Home Cemetery. In lieu of flowers, those wishing may remember Bob through donations to the First United Methodist Church of Horseheads, 1034 W. Broad St., Horseheads, NY 14845
Thursday
2
January

Share Your Memory of
Robert
Upload Your Memory View All Memories
Be the first to upload a memory!
Share A Memory
Plant a Tree